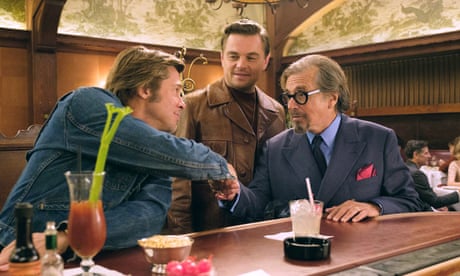 Born and raised in Houston, Texas, Beyoncé performed in various singing and dancing competitions as a child.

She rose to fame in the late 1990s as the lead singer of Destiny's Child, one of the best-selling girl groups of all time.

During Destiny's Child's hiatus, Beyoncé made her theatrical film debut with a role in the US box-office number-one Austin Powers in Goldmember and began her solo music career.

She became the first music act to debut at number one with their first six solo studio albums on the Billboard 200.

Following the disbandment of Destiny's Child in 2006, she released her second solo album, B'Day, which contained her first US number-one solo single "Irreplaceable", and "Beautiful Liar", which topped the charts in most countries.

Beyoncé continued her acting career with starring roles in The Pink Panther , Dreamgirls , and Obsessed .

Her marriage to Jay-Z and her portrayal of Etta James in Cadillac Records influenced her third album, I Am...

Sasha Fierce , which earned a record-setting six Grammy Awards in 2010.

She achieved back-to-back widespread critical acclaim for her sonically experimental visual albums, Beyoncé and Lemonade ; the latter was the world's best-selling album of 2016 and the most acclaimed album of her career, exploring themes of infidelity and womanism.

In 2018, she released Everything Is Love, a collaborative album with her husband, Jay-Z, as the Carters.

As a featured artist, Beyoncé topped the Billboard Hot 100 with the remixes of "Perfect" by Ed Sheeran in 2017 and "Savage" by Megan Thee Stallion in 2020.

The same year, she made her directorial and screenwriting debut with the musical film and visual album Black Is King, which received widespread critical acclaim after premiering on Disney+.

Beyoncé is one of the world's best-selling music artists, having sold over 100 million records worldwide.

Beyoncé is the most nominated woman in the Grammy Award's history and has the 2nd most wins for a woman with a total of 24.

She is also the most awarded artist at the MTV Video Music Awards, with 24 wins, including the Michael Jackson Video Vanguard Award.

In 2014, she became the highest-earning black musician in history and was listed among Time's 100 most influential people in the world for a second year in a row.

Forbes ranked her as the most powerful female in entertainment on their 2015 and 2017 lists.

She occupied the sixth place for Time's Person of the Year in 2016, and in 2020, was named one of the 100 women who defined the last century by the same publication.

Beyoncé was also included on Encyclopædia Britannica's 100 Women list in 2019, for her contributions to the entertainment industry.

Beyoncé - Wikipedia En
https://en.wikipedia.org/wiki/Beyoncé
Wiki Beyoncé
News
Jack Ma’s Ant forced into arms of banks he once dubbed ‘pawnshops’...
Financial Times ·
Fintech will have to rely on state-owned behemoths under online lending reforms......
CHRISTOPHER STEVENS on TV: DNA bombshell that blew apart a life story not once, but twice...
Mail Online ·
CHRISTOPHER STEVENS: My first thought when a hollow crash shook the streets around my Bristol home late on Sunday evening was that a bomb had gone off in the city centre.......
Web results

once Upon A Try - Google Artsandculture
https://artsandculture.google.com/project/once-upon-a-try
Project once upon a try