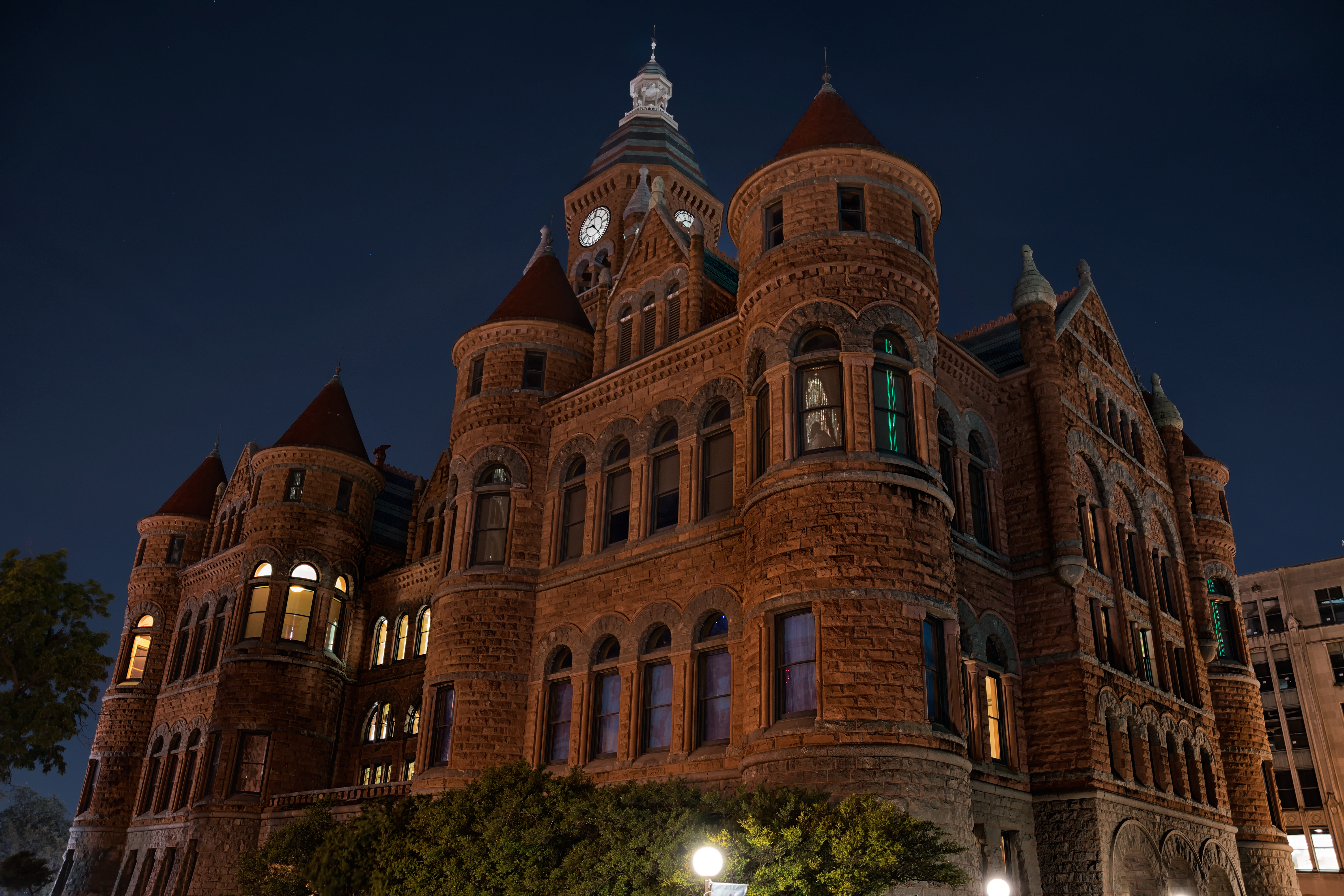 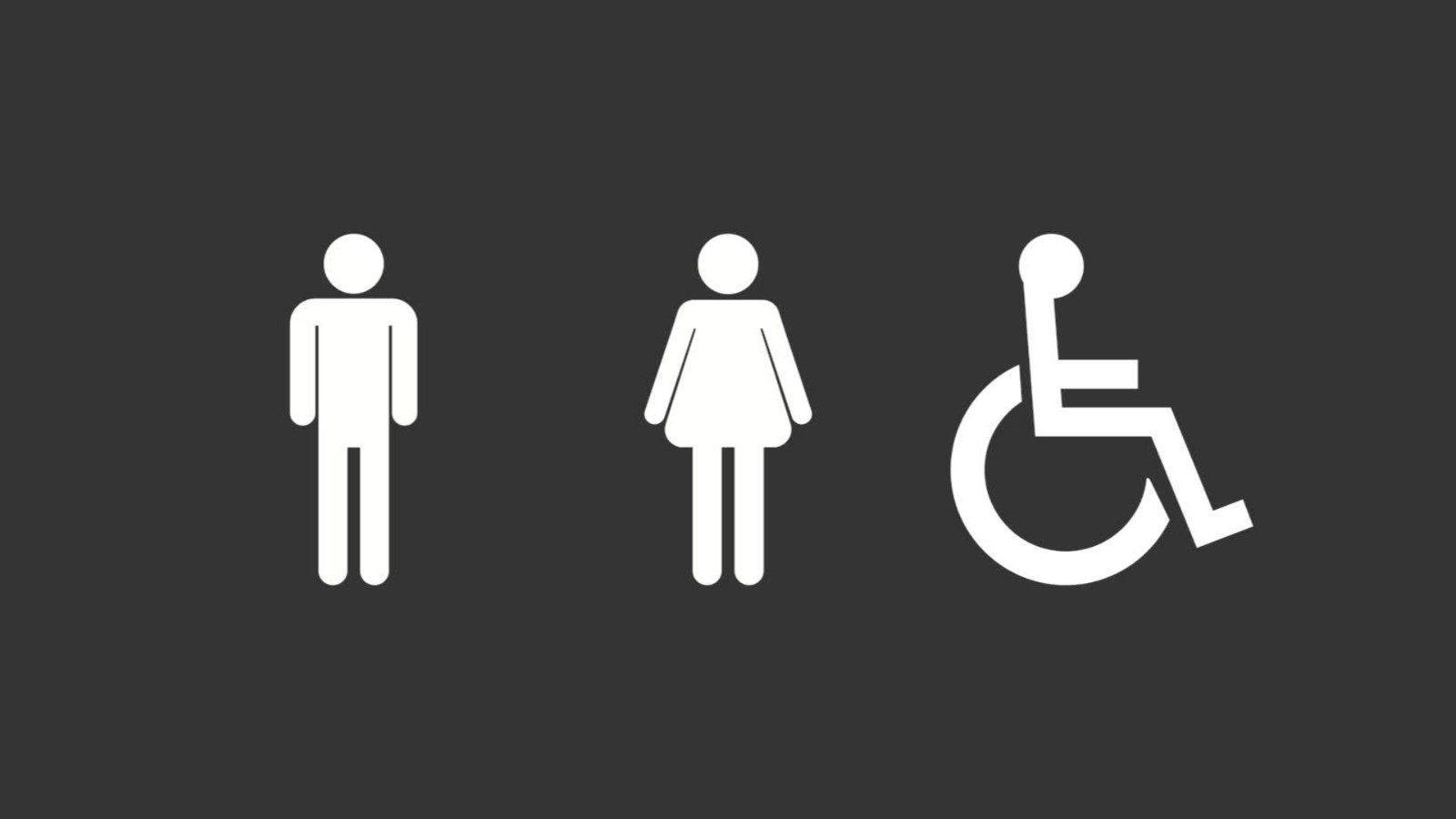 Show all
History
History is the study of the past.Read more
Wikipedia
History
past events and their tracks or records, studied by various branches of human sciences of history

Events occurring before the invention of writing systems are considered prehistory.

"History" is an umbrella term that relates to past events as well as the memory, discovery, collection, organization, presentation, and interpretation of information about these events.

Historians place the past in context using historical sources such as written documents, oral accounts, ecological markers, and material objects including art and artifacts.History also includes the academic discipline which uses narrative to describe, examine, question, and analyze a sequence of past events, investigate the patterns of cause and effect that are related to them.

Historians seek to understand and represent the past through narratives.

They often debate which narrative best explains an event, as well as the significance of different causes and effects.

Historians also debate the nature of history and its usefulness by discussing the study of the discipline as an end in itself and as a way of providing "perspective" on the problems of the present.Stories common to a particular culture, but not supported by external sources , are usually classified as cultural heritage or legends.

History differs from myth in that it is supported by evidence.

However, ancient influences have helped spawn variant interpretations of the nature of history which have evolved over the centuries and continue to change today.

The modern study of history is wide-ranging, and includes the study of specific regions and the study of certain topical or thematic elements of historical investigation.

History is often taught as part of primary and secondary education, and the academic study of history is a major discipline in university studies.

Herodotus, a 5th-century BC Greek historian is often considered to be the "father of history," or, by some, the "father of lies." Along with his contemporary Thucydides, he helped form the foundations for the modern study of human history.

Their works continue to be read today, and the gap between the culture-focused Herodotus and the military-focused Thucydides remains a point of contention or approach in modern historical writing.

In East Asia, a state chronicle, the Spring and Autumn Annals, was known to be compiled from as early as 722 BC although only 2nd-century BC texts have survived.

Historical - Wikipedia En
https://en.wikipedia.org/wiki/Historical
Wiki Historical
News
Will Trump’s mishandling of records leave a hole in history?...
thestar.com ·
10 photo archive websites that let you lose yourself in history...
Mashable ·
Thousands of dedicated historians, photography enthusiasts, and archivists across the globe have spent years digitizing antique and vintage imagery to make it available for everyone to view online. Whether you're interested in a specific area or era of the past or just feeling nostalgic for different times, browsing these collections is absolutely fascinating. From missions to the moon to quirky 1930s studio portraits via vintage Vogue photoshoots, we're sure you'll find something brilliant to browse in these amazing photo archive websites. 1. Calisphere by the University of California An amazing, free-to-access resource for Californians — and Californi-fans — Calisphere is an impressive collection of photographs, documents, letters, artwork, diaries, oral histories, films, advertisements, musical recordings, and more, all from the great state of California. The collection has a wide base of contributors, including all 10 campuses of the University of California. It also includes material and content from libraries, museums, historical societies, and other cultural heritage organizations in the state. This collaboration has resulted in more than one million photos alone. Read more...More about Tech, History, Tech, Web Culture, and Consumer Tech......
Web results

Zing Tsjeng on pirate queens, resistance heroines, and history's forgotten women
http://feeds.mashable.com/~r/Mashable/~3/JBRpz3XwGVU/
This article has been published to coincide with an episode of Mashable's new podcast, history Becomes Her. Listen here. Women account for around half of the world’s population. But they only occupy around 0.5 percent of recorded history. Zing Tsjeng is the author of the Forgotten Women book series, four books which aim to address the erasure of women from recorded history. These four books provide fascinating biographies of the leaders, scientists, artists, and writers who are notably absent from our history books.  For those of us who grew up learning a lot about Henry VIII, Oliver Cromwell, Christopher Columbus, and Abraham Lincoln, you might have wondered what women were getting up to during this time. They were very busy, it turns out.  Read more...More about history, Gender, history Becomes Her, history Becomes Her Podcast, and Social Good... 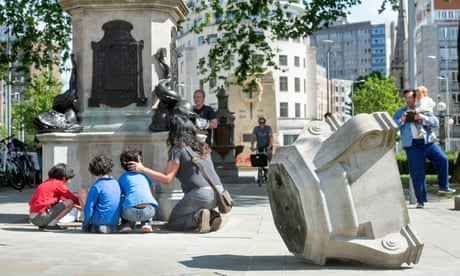 Don't worry about 'rewriting history': it's literally what we historians do | Charlotte Lydia Riley
https://www.theguardian.com/commentisfree/2020/jun/10/rewriting-history-historians-statue-past
People have always reinterpreted and re-evaluated the past. Every time a statue comes down, we learn a little morePeople are suddenly very concerned about the perils of rewriting history. We must be vigilant, apparently, to the possibility that great swaths of the past will be forgotten or, worse, “erased”. We must remain alert to the risk that our history will be “whitewashed” – as if there were enough whitewash in the world – with the difficult, complex bits disappeared. Meanwhile, unaware of all the controversy he has caused, Edward Colston’s statue lies peacefully at the bottom of Bristol harbour.Historians are not too worried at the threat posed by “rewriting history”. This is because rewriting history is our occupation, our professional endeavour. We are constantly engaged in a process of re-evaluating the past and reinterpreting stories that we thought we knew. Despite what Leopold von Ranke – one of the pioneers of modern historical research – said, history is not only about finding out “how it actually happened”, but also about how we think about the past and our relationship to it. The past may be dead but history is alive, and it is constructed in the present. Continue reading...... 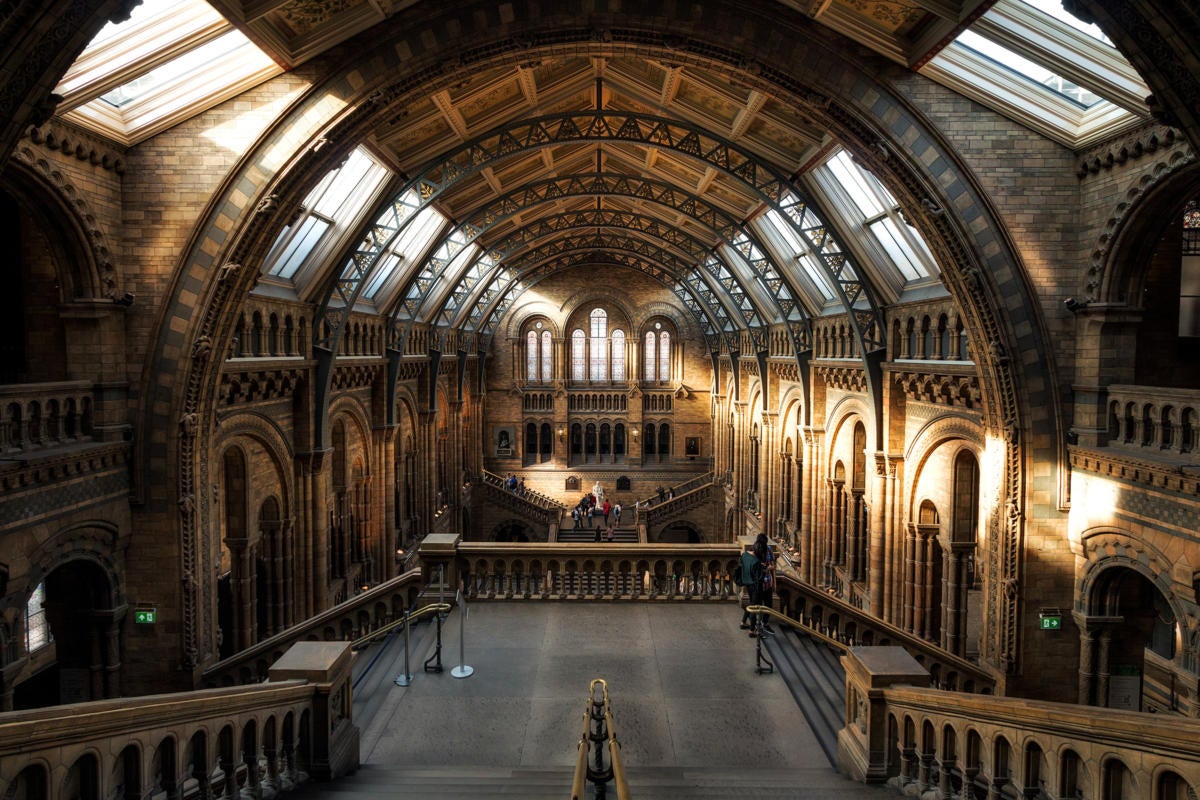 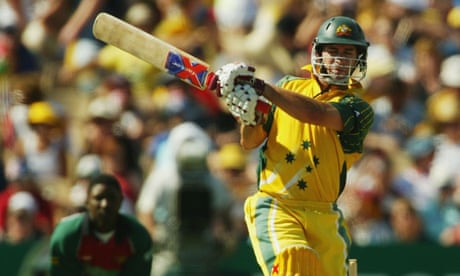 The ultimate quiz from this week in sports history | Jonathan Howcroft
https://www.theguardian.com/sport/2020/may/10/the-ultimate-quiz-from-this-week-in-sports-history
There might not have been any live sport to enjoy over the past week but it was a memorable one in history. See how much you can recall from the week ending 10 MayForerunner of the modern AFL, the VFL hosted its first round of matches on 8 May 1897, but who took home the competition’s inaugural premiership?Melbourne GeelongCollingwoodEssendonPerhaps the greatest ODI batsman in history was born on 8 May 1970, but which of these statements about Michael Bevan is true? First Canberra-born cricketer to represent AustraliaFirst man to play 300 ODIs First man to retire with an ODI average above 60 A man who took his nickname “The Finisher” to such extremes he was always the first to clear his plate during team meals Wally Lewis claimed his final State of Origin man of the match award on 8 May 1991, but on how many occasions was the Emperor of Lang Park considered best afield in his 31 Origin appearances? 3120128The tennis circuit should be in the middle of the European clay season right now, counting down to Roland Garros and Ash Barty’s defence of the Coupe Suzanne Lenglen. But can you remember who the Queenslander beat in last year’s French Open final? Simona Halep Naomi Osaka Markéta Vondroušová Amanda Anisimova Mark Williams won his third world snooker title on 7 May 2018, 15 years after his second, but during his celebrations, how did he honour a bet he had made at the beginning of the tournament? By appearing at his post-win press conference nudeBy taking a midnight dip in the nearby River DonBy reciting Hamlet’s soliloquy in the middle of one of England’s most important regional theatresBy retiringMelbourne Victory and Melbourne City have only met once in an A-League finals contest, and it happened on 8 May 2015 with Victory romping home 3-0. What was the official attendance that night? 60,873 50,873 40,873 30,873 Australian boxing great Lionel Rose died on 8 May 2011, but at what weight did he hold the lineal world title? FlyweightBantamweight Featherweight LightweightLeicester City lifted the Premier League trophy on 7 May 2016, becoming the unlikeliest champions in the competition’s history. The presentation ceremony featured a spine-tingling rendition of Nessun Dorma from which tenor? Andrea Bocelli Placido DomingoLuciano Pavarotti Bryn Terfel The Super Netball season was supposed to get underway last weekend with which side defending their premiership? NSW Swifts Sunshine Coast Lightning Melbourne Vixens Collingwood Magpies Andrew McLeod made the first of his 340 AFL appearances for Adelaide on 5 May 1995, but who traded the dual Norm Smith medallist a few months earlier, without him ever pulling on that club’s guernsey? BrisbanePort Adelaide Fremantle West Coast With just three seconds remaining in the deciding fifth game of the first round of the 1989 NBA playoffs Michael Jordan nailed “The Shot”. But who did the Chicago Bulls eliminate in such dramatic fashion on 7 May 31 years ago? Boston Celtics New York Knicks Philadelphia 76ers Cleveland Cavaliers Australia began their campaign to secure a maiden ICC Women’s T20 World Cup on 6 May 2010 with a group match against England. Both teams finished 104 all out, and both ended the super over six for two. How was the result decided? Coin toss Fewest extras Most sixes Points shared The eyes of the football world were trained on Milan on 6 May 1970 to witness which Dutch side become the first to lift the European Cup? Ajax FeyenoordPSV Eindhoven FC Twente The magical four-minute barrier for the mile was broken by Roger Bannister on 6 May 1954 in Oxford, but whose record did he overhaul to set the new mark? John Landy Herb Elliott Peter Snell Gunder Hägg Dan Christian was born on 4 May 1983. A successful all-rounder at first-class and 50-over level, Christian has made the T20 franchise circuit his own. How many professional teams (states, counties and franchises) has he represented during his career? 17128513 and above.Congratulations. Top of the class10 and above.You've been immersed in nostalgic re-runs, haven't you?7 and above.No disgrace in being average4 and above.Plenty of room for improvement0 and above.Perhaps use isolation to read up on some history? Continue reading......